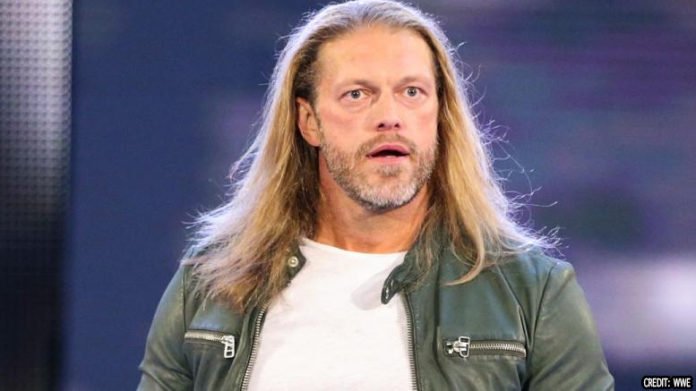 WWE has tonight confirmed that the Rated R Superstar, Edge, will be out action for the remainder of the year.

Edge has suffered a torn triceps and has completed successful surgery and is on the road to recovery.

It estimated this injury could keep him out for anywhere between 8-12 months.

He was unsuccessful in ‘The Greatest Wrestling Match Ever’ last night at Backlash against his arch nemesis and long-time friend, Randy Orton.

The Rated R Superstar returned at this year’s Royal Rumble event in the the Royal Rumble match, competing for the first-time in 8 years, after being told he would never wrestle again.

Edge competed in his first gruelling match at WrestleMania 37, once again against Randy Orton in a Last Man Standing Match.

He is no stranger to the injury table, after suffering numerous major injuries, with his last being one that ended his career.

It is expected that the Edge-Orton feud will continue, utilising real-life best friend and long-time tag team partner, Christian, who currently as it stands is ‘retired’ due to a concussion ruling him out of a return to the ring ever again.

Speculation has mounted this evening to suggest Christian may have been cleared to compete, and will very much take Edge’s place in the feud.

Once The Rated R Superstar does return, there are many feuds and dream matches on his horizon against superstars such as; Seth Rollins, AJ Styles and Daniel Bryan.

All of us at Wrestling Travel wish Edge a speedy recovery, and we can’t wait to see him back in the ring again soon!