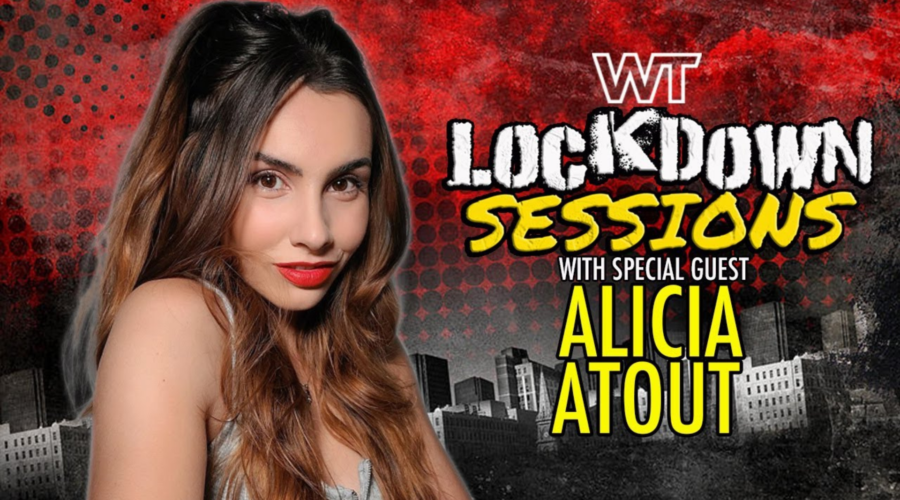 Next:
Wrestling Travel's WrestleMania 38 And 39 Packages Are Flying

What started out as a way to help give independent talents a platform to promote themselves during a pandemic where all bookings were cancelled and march sales were more important than ever, has since blossomed into a regular staple of Wrestling Travel’s content output.

It’s hard to believe over a year has passed since our very own Justin Clapper (follow for the interview workrate, stay for his old school AWA fandom) Zoomed with Interview Queen Alicia Atout to kick off the series, but here we are, over 12 months later, with a bank of interviews featuring some of the best and brightest indie stars on the circuit, many of whom have already gone onto bigger and better things, while a host of legends have also dropped by as well.

It’s safe to say that, over the last year, the Lockdown Sessions have become so much more than a pandemic hobby, with JC helming countless interviews with talents on both sides of the Atlantic, often at the detriment to his own sleeping patterns. But while he has been burning the candle at both ends, Mr. Clapper has been sitting across webcams from Rob Van Dam, Brian Pillman Jr, Thunder Rosa, Eric Rowan, Matt Sydal, Salina De La Renta, Santino Marella, Nikita Koloff, The Ascension, Doug Williams, So Cal Val, PCO, Ricardo Rodriguez, Al Snow and many, many more talents from different generations.

And as Year Two of the Lockdown Sessions motors on, with JC securing some truly heavyweight, hall of fame level talent for future interviews, we can promise that you will not be disappointed with the series’ sophomore year, which, as always will be presented in conjunction with the very fine folks over at Wrestle Merch Central, who have been integral in setting up so many of these sit-downs for us over the past few months. We couldn’t do it without them.

And we also couldn’t do it without all of you in the WT Community, supporting our Youtube by subscribing, leaving your thumbs up and sharing the love on social media. But if you haven’t checked out the Lockdown Sessions or subscribed to our channel, what are you waiting for? Give the above videos a viewing and you’ll be hitting that subscribe button in no time.