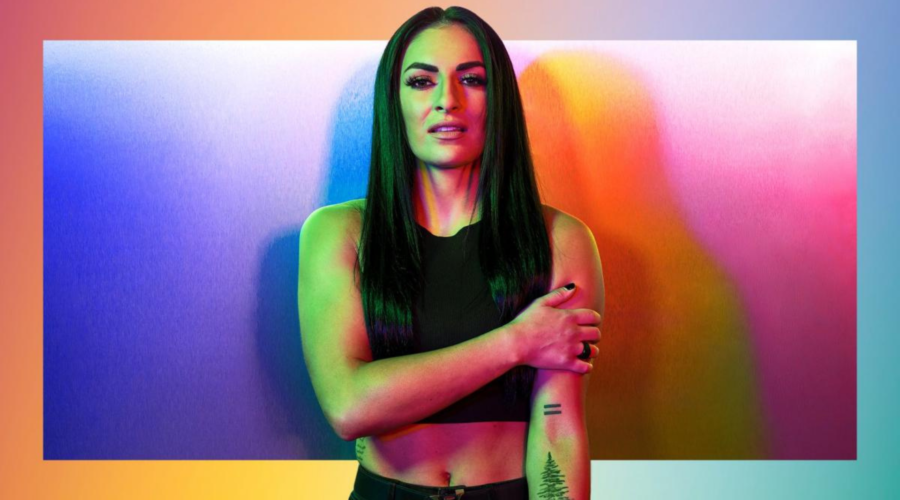 Next:
The Man In Black (And White)

There may not have been too much to get excited about WWE-wise over the last year or so, with the Covid-19 pandemic effectively silencing any enthusiasm by restricting moments from those genuine fan reactions (WrestleMania 37 aside, obviously) but one of the few, undeniable success stories has been the rise and rise of Sonya Deville.

Not only was Deville’s 2020 rivalry with best friend Mandy Rose absolutely electric, providing months of intense drama, culminating in a barnburner of a ‘Loser Leaves WWE’ match at SummerSlam, but the former Tough Enough contestant followed up the ‘Fire and Desire’ implosion by returning to WWE television in the new year as an on-screen authority figure, suited and booted and calling the shots on Raw and SmackDown.

The former MMA fighter is truly an inspiration, given that she is WWE’s first openly gay female competitor, blazing a trail for the LGBTQ+ community within the wrestling industry, whether they be performers or fans.

But what was it like being an openly gay athlete in an industry that, historically, has had few very openly homosexual performers?

Wrestling Travel, on behalf of talkSPORT, received the opportunity to sit down with the former Tough Enough contestant during SummerSlam weekend in Toronto in 2019, where Deville talked about her journey within WWE and how she was very much in uncharted waters when it came to her sexuality within the business.

“I’ve received nothing but love and support from the WWE since day one. I was nervous being an openly gay performer would provide barriers, though, I had no idea, I was scared to death when I came out on Tough Enough, thinking ‘is this gonna hurt my chances?’ I really had no idea, just cos I was naive to all that. But no, it never did.”

And what of the responsibility she feels about being in the spotlight as an LGBTQ+ superstar?

“Yeah I definitely think it’s a big responsibility but honestly it’s one of those things that I’m a little more comfortable with now than I was four years ago when I came out. I take pride in it and I feel like it’s another responsibility I have on top of being a great performer and pushing the women’s division further. I like to be that kind of voice for the people who don’t have a voice.”

Deville is a regular champion of gay rights and just one glance at her social media accounts highlights just how devoted she is to the cause, proving that being ‘the voice for people who don’t have a voice’ is much more than just a slogan, it’s a mantra she is 100% committed to.

Deville is currently helping raise money for GLAAD with the ‘Pride Unboxed’ gift box, filled with LGBTQ-inspired gifts, including her very own Urban Aztec ‘Pride Fighter’ bag. You can donate to GLAAD here.

Everyone at WT wishes the entire LGBTQ+ community a very happy Pride Month and will continue to support the gay community within pro-wrestling wherever and however we can.