AEW Double or Nothing 2021: How To Watch, Start Time and Full Card 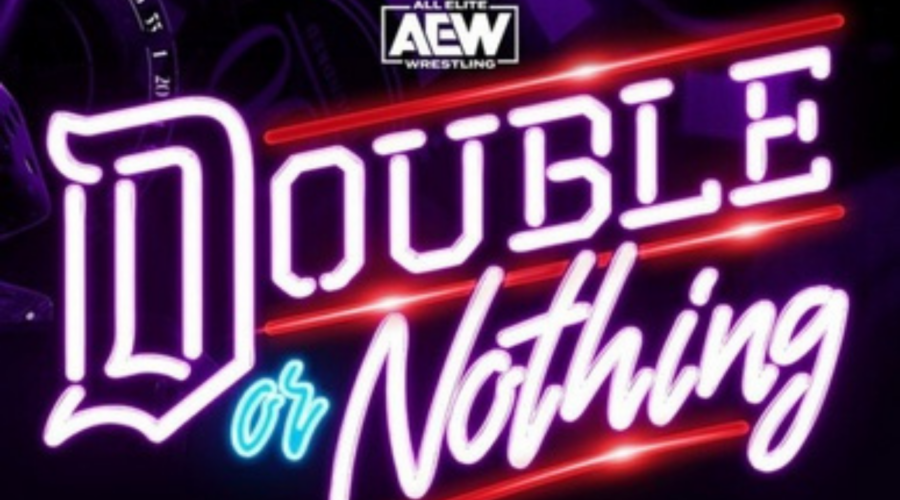 AEW Double or Nothing 2021 is only a few weeks, emanating from Daily’s Place in Jacksonville, Florida. The event will be the company’s first PPV since March’s infamous, exploding barbed wire deathmatch headlined Revolution.

Double or Nothing was AEW’s first PPV back in 2019, held at the MGM Grand in Las Vegas. Both last year’s show and this year’s were also due to be held in Sin City, but due to the Covid-19 pandemic, have been switched to All Elite’s home ground of Daily’s Place.

However, whereas last year’s show was held in an empty arena, owner Tony Khan announced this week that AEW Double or Nothing would be taking place in front of a full crowd in Jacksonville. It will be the promotion’s first full crowd during the pandemic.

AEW Double or Nothing takes place on Sunday 30th May, with a start time of 1am for those of us in the United Kingdom. There will also be a pre-show beginning an hour earlier.

HOW CAN YOU WATCH AEW DOUBLE OR NOTHING 2021?

Like all previous AEW PPV’s, Double or Nothing will be available on BR/Live(US), Regular TV PPV and FITE TV (UK)

WHAT MATCHES ARE ON THE DOUBLE OR NOTHING CARD?

With two more weeks of Dynamite still to air before the PPV extravaganza on the 30th, the Double or Nothing card is a little way from being finalised.

The confirmed matches as of the time of writing are Kenny Omega defending his AEW Title against PAC and Orange Cassidy in a triple threat bout, while MJF and The Pinnacle will take on Chris Jericho and The Inner Circle in the second annual Stadium Stampede match, with the stipulation that The Inner Circle must split up if they are defeated. Hikaru Shida defending her AEW Women’s Title against everyone’s favourite dentist, Britt Baker is also on the card. Meanwhile, Cody Rhodes will adopt his father’s ‘American Dream’ moniker in what is sure to be a physical battle with ‘The Guv’nor’ Anthony Ogogo. Elsewhere on the show, Hangman Page will go head-to-head with ‘The Machine’ Brian Cage and the Casino Battle Royale will return for the third successive year to determine the next challenger for the AEW Title.

We should also expect The Young Bucks to be defending their AEW Tag Titles, most likely against Jon Moxley and Eddie Kingston, while Miro will more than likely be involved in a TNT Championship defence of his newly won title.

Stadium Stampede Match – The Pinnacle vs The Inner Circle

Given AEW’s sterling track record when it comes to putting on top quality PPV’s, we should be expecting another tremendous effort from the Jacksonville group at the end of this month.