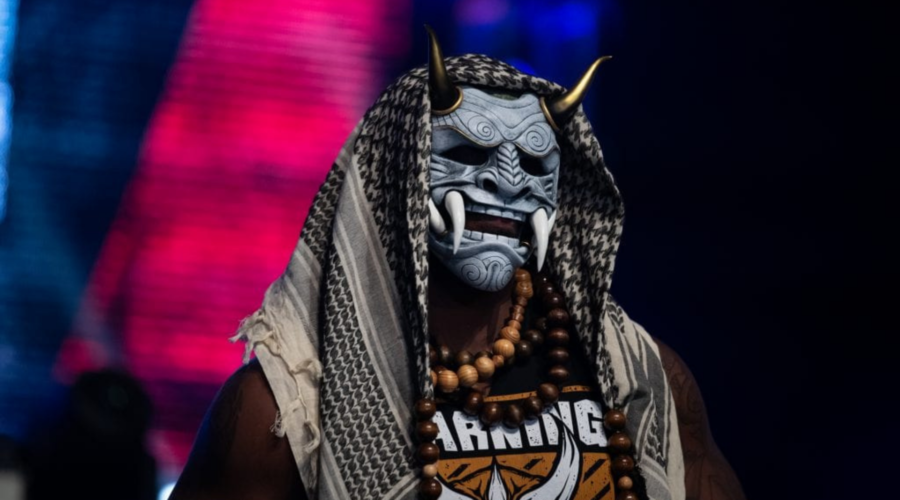 Next:
Petey Williams Reveals The History Behind The Canadian Destroyer
Photo credit: Ring of Honor

While the LockDown Sessions may soon be undergoing a rebrand due to the reopening of society and fans returning to live shows, one wrestler who doesn’t need a rebrand is Ring Of Honor star O’Shay Edwards, who’s brand is very much in the ascendancy.

The ‘Big Bad Kaiju’ recently sat down with WT’s own Justin Clapper for the latest instalment of our long running Youtube series to discuss his career, which began under the tutelage of legendary veteran Johnny Swinger, back in 2015.

The Atlanta, GA native, who also came up under the learning tree of Hall of Fame Robert Gibson, of the Rock ‘N’ Roll Express, is as fearless as they come, being a former firefighter and as his time in ROH has already shown, he’s ready to face any challenge head on.

The former University of West Georgia offensive lineman has recently been throwing down with fellow ROH newcomer Sledge, besting his rival in a wild no disqualification bout in Baltimore at the end of last month. As a member of Shane Taylor Promotions, Edwards also has the backing of Taylor and Sons of Savagery, meaning his upward trajectory is showing no signs of slowing down.

Edwards was kind enough to dedicate almost 40 minutes of his time to JC this past week to talk about coming up under iconic names, the NFL, the impending return of fans to ROH shows and his progression through the Indies to ROH, where he made his television debut this past February.

We may say this a lot, but only because it’s true, but this really is can’t miss content and an interview you should go out of your way to enjoy. And after you’ve enjoyed it, how about hitting that like and subscribe button before heading over to ROH’s Honor Club to stream O’shay’s first few matches in the promotion, especially those titanic battles with Sledge?

Honor Club has been streaming ROH’s extensive, unforgettable back catalogue since 2018, covering almost two decades of seminal feuds and the launches of some truly memorable, inspirational careers including CM Punk, Daniel Bryan, Samoa Joe, AJ Styles, Seth Rollins and many, many more. At just $9.99 a month, can you really afford not to invest in so much seismic pro-wrestling history? It’s worth it for that final Punk run alone, tbh.

The O’Shay Lockdown Session will be dropping at the usual time of 3pm GMT. Don’t sleep on it.